THE NEW GENERATION OF

Unearth nonlinearities you never thought of

NEUSREL is breaking the limits of SEM, PLS, and Bayesian Nets
It augments theory with discovery - to gain truly unique - therefore powerful insights.

Leading Scientists are Convinced About the Power of NEUSREL 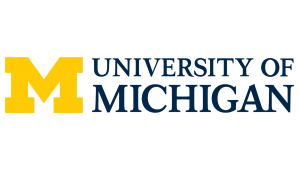 You don’t need NEUSREL if you just want to test simple theories. Simple means that you restrict yourself to a few, linear relationships, you assume independents of drivers, and you are fine with excluding (e.g. binary) context variables like gender.

In this sense, 99% of sciences that use methods like SEM or PLS (mostly marketing, social psychology, information system science, and econometrics) do not “need” NEUSREL. According to Henry Ford was the “need” for cars before cars had existed, quite small too,.

If you are a pioneer, interested to improve the status quo, interested to find new insights instead of just testing (questionable) hypotheses, then NEUSREL is for you.

This is how NEUSREL compares to other causal modeling methods: 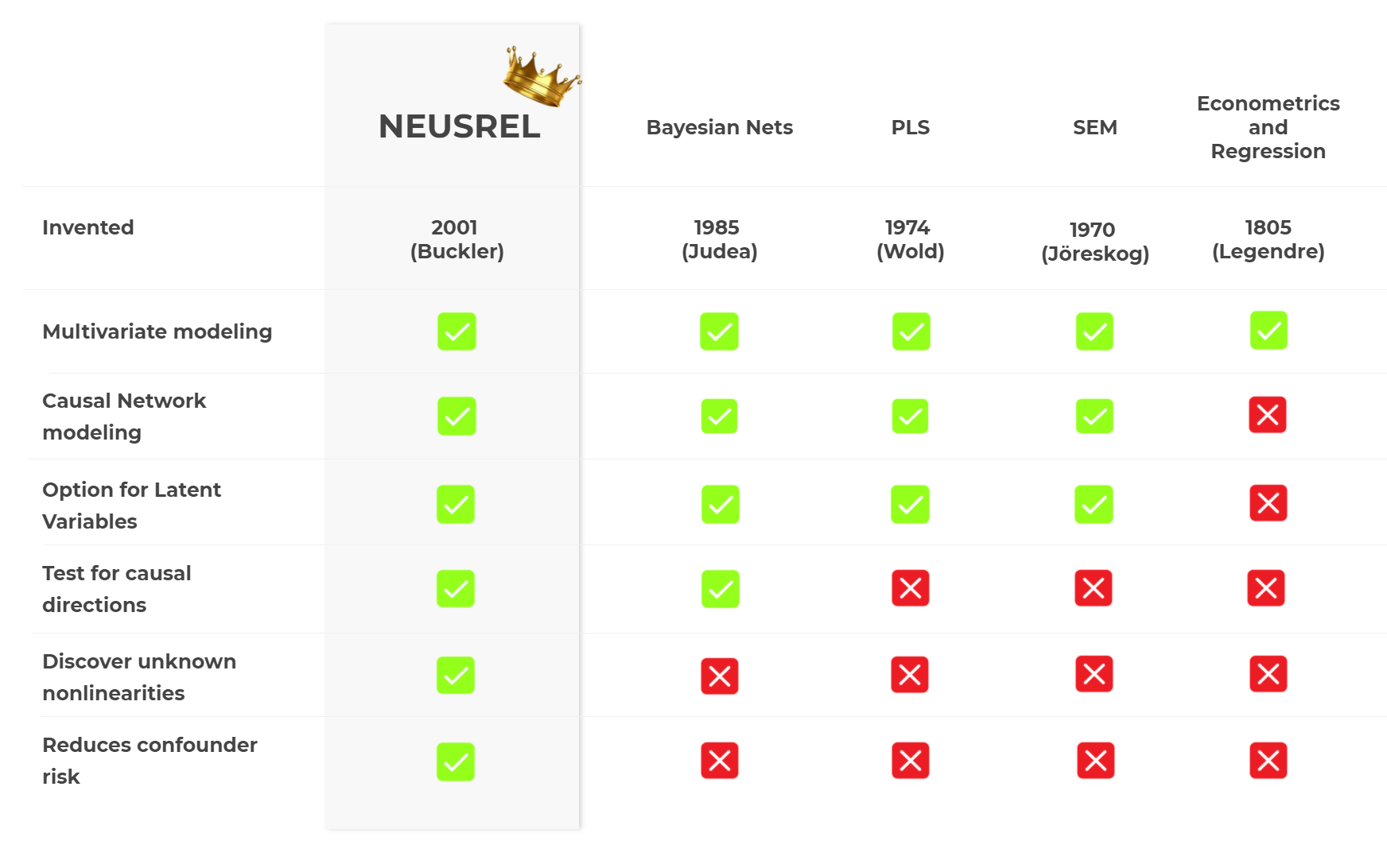 The researcher is defining all possible variables of the causal network and which variable is eventually influencing which others. In contrast to conventional hypothesis testing, this approach does not assume the paths to be true, instead, the only assumption infused in the model are those paths and variables that had been excluded (not included) in the model

For every variable in the model a universal machine learning model (NEUSREL uses Bayesian neural networks) is applied with all possible causes as predictors. Regulation schemes of ML are pruning automatically out non-causal paths.

The causal framework used is based on the Granger causality that states that every potentially causal predictor is causal if it is predictive – assuming a closed world model (no confounders).

Latent variables can be infused by replacing manifest variables. Like in PLS path modeling, iteratively the measurement then the structural model is specified.

Machine Learning models are black-box models. Its parameters do not have a meaning on their own. That’s why NEUSREL applies certain simulation algorithms to measure the path strength as well as other properties like nonlinearities and interactions. 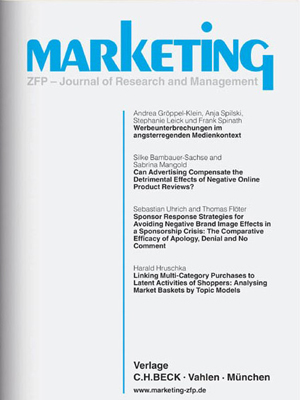 For the rest of 2021 all commercial users will get free access after applying.

You just need to agree to give regular usage feedback.